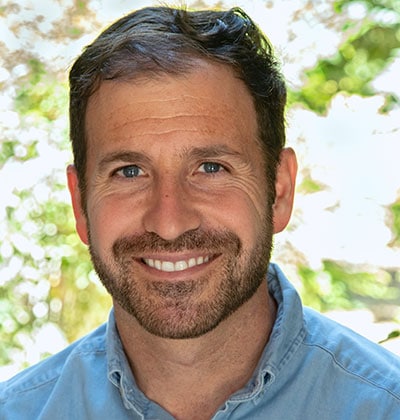 From the High School Director

In 2003, I joined a talented local educator to start a model school in the Indian state of Uttarakhand. One of the first things I was asked to do was to haul big rocks across our campus, alongside students of all ages, to help build a terrace on the hillside. I couldn’t understand why my colleague insisted on doing what appeared to me to be a big waste of my time (and certainly not within my skill set), especially in the initial stages of starting a school. Wouldn’t it be more prudent to develop our math program or organize the library? But every grueling day for weeks we all carried rocks until we had built a beautiful wall. A wall that held the hillside, created a new garden space above it and showed us what collaboration, persistence, and grit can do. This wall demonstrated that good schools are built in many ways, and always begin by building strong relationships. Side by side, our students and teachers developed an appreciation for each other’s work and trust in each other’s intentions.

Over the past thirteen years, I have reflected again and again on how the school community in the Indian foothills has developed a sense of community and a lasting culture of learning. Today, some of the original young teachers have emerged as leaders themselves, mentoring a new crop of future educators who understand the importance of careful process in making a lasting impact.

I took this lesson with me when I worked in a high school in Albuquerque, my hometown, where I helped to teach a course called the Senior Action Project, a capstone requirement for graduation that involved research, analysis and community engagement. Two of my students were interested in issues of college access for non-residents. They were very aware that there were a large number of undocumented students who had spent most of their lives in the city yet would have to pay full tuition to the University. For a month, we navigated the University library doing research and setting up meetings with individuals in the community, including a state senator. Within a couple of months, the two students had established a regular conversation with the senator, and months later, they witnessed the passage of the DREAM Act in New Mexico. Though they were not responsible for the policy change, they were part of the movement. Once again, I felt humbled to work with educators who had the wisdom to include this type of learning in the program and, more importantly, believed that joining students in the process of inquiry and action can change one’s personal and intellectual trajectory.

A few years later, as a history teacher at a public policy high school in D.C., I joined my students in daily discussion, debate, and play. I watched so many students fall in love with questions. Issues buried in textbooks came to life in their experiences outside of the classroom. At the end of the year, each teacher facilitated a two-week deep-dive project on a public policy topic. A couple of colleagues and I designed a project focused on Chesapeake Bay Watershed policy. We spent the hours of those full days exploring the local area: crab fishing with biologists to understand the ecology of the bay (as compared to John Smith’s early 17th century accounts of biological abundance), we interviewed local fishermen, visited the EPA, a U.S. Senator’s office, a water pumping station, an engineering firm that had built the largest water treatment facility east of the Mississippi, and the treatment facility itself. Sitting at board room tables or huddling around an expert in the field, it was hard to not notice that students were thinking deeply and asking questions about complex systems. Students became engrossed in the issue and decided that they would plant native grasses in the notoriously polluted Anacostia River to support marsh restoration. I knew at the time that it was an amazing experience, but it wasn’t until two years later that I fully realized the impact of this type of experiential learning. I received a message from one of my more reluctant students saying that he wanted to let me know he had begun his 25-page senior thesis on watershed policy.

Through my doctoral research, I sought to investigate applied learning practices by conducting a research study looking at how teachers support students to apply history concepts to their experiences beyond the classroom. I found that teachers who frame content around central concepts and essential questions, and then join students in the process of observing the world, do something quite important: they empower and motivate students to think deeply and become more aware of how they perceive the world. Moreover, the research strengthened my understanding and conviction that educational experiences that connect the inner life and social context of the student to an intellectual school culture form the lasting habits of mind that guide a life of learning.

I am looking forward to meeting our students and their families,